Learning Perl, popularly known as “the Llama,” is the book most programmers rely on to get started with Perl. The bestselling Perl tutorial since it was first published in 1993, this new fifth edition covers recent changes to the language up to Perl 5.10. This book reflects the combined experience of its authors, who have taught Perl at Stonehenge Consulting since 1991. Years of classroom testing and experience helped shape the book’s pace and scope, and this edition is packed with exercises that let you practice the concepts while you follow the text. Topics include:Perl data & variable typesSubroutinesFile operationsRegular expressionsString manipulationLists & sortingProcess managementSmart matchingUsing third party modulesPerl is the language for people who want to get work done. Originally targeted to sysadmins for heavy-duty text processing, Perl is now a full-featured programming language suitable for almost any task on almost any platform-from short fixes on the command line to web applications, bioinformatics, finance, and much more. Other books may teach you to program in Perl, but this book will turn you into a Perl programmer. 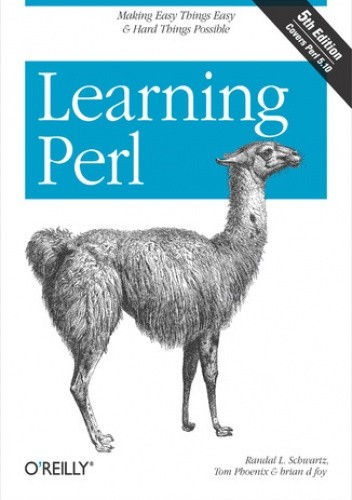